THE UNWRITTEN BOOK AND YOU 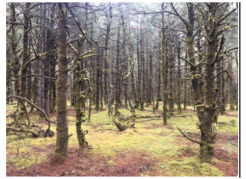 In the bigger scheme of things, the universe is not asking us to do something, the universe is asking us to be something. And that’s a whole different thing. This is a reflection by American poet Lucille Clifton. Poets, visionaries, mystics, and branches of science such as ecology, quantum mechanics, and biophysics depict the bigger scheme of the universe differently. God, the quantum vacuum, and the electromagnetic web of life are varied ways to describe an invisible source and unifying process.

The Unwritten Book realizes we can become guided by our own experiences of what appears to be a potential we do not have. The book goes to great lengths to show we are physically capable of resonating, intuiting, and yes, being and becoming animated by the invisible source (the shared universal self) and the related focus on integration. I have had to invent new terminology for describing this potential when a responsive relationship to the universe cannot be found. Within us lies the transcendent source of all and we are also responding to an instinctual and emotional call to coevolve interdependently. I refer to the inner experience of this the desire-prompted / process-based universal self-impulse and attraction. It becomes personalized as your golden thread calling. It organically guides a conscious evolutionary rebalancing and reordering of our priorities. Many perspectives affirm the great what is…we are too. Yet none dare to admit becoming and being a personal likeness could make all the difference in a world where the individual parts are viewed as separate.

Healing our own trauma of separation – by holding onto the unifying golden thread – is a whole different thing than having to toe the line of the exploitive business-as-usual. The Unwritten Book: An Organic Personal Conscious Evolution is a container for a life-guiding wisdom which the world lost a long time ago but could rediscover at a moment’s notice.